Posted on: October 26th, 2019 by The Gooden Center No Comments

Many people are familiar with the classic children’s television show Sesame Street, which first debuted in 1969 and has become a staple in the lives of many families across the globe. The show’s impact has cross many generations and has made numerous lists for being one of the greatest shows in television history. The fun yet educational television series has introduced many iconic and beloved characters including Big Bird, Elmo, Bert and Ernie and so many more. The award-winning show is known for its mix of puppetry, live-action, improv and animation and its ability to capture children’s attention and educate them.

The show has touched on numerous cultural and societal issues throughout its long run and though mostly celebrated for its positive and progressive attitudes, has occasionally made headlines for what some deem “controversial” subject matter. Over the 40-year show history, scandals including Bert and Ernie’s sexual orientation, Katy Perry’s risqué costume choice and issues involving the character’s voice actors have all made waves.

The show has introduced characters over the years to bring awareness and education to issues including Autism, HIV, race relations, incarceration, homelessness and even high political tensions. This year Sesame Street has introduced a character whose mother is struggling with opioid addiction. Many people have applauded this choice  to delve into something so real and widespread while others feel it is an inappropriate and extremely sensitive subject matter.

The truth is, the opioid crisis is rampant and has devastated different areas throughout the country, with children of those battling addiction becoming extremely affected.  Children of parents that abuse opioids often experience neglect, anxiety and depression and long term psychological trauma. Many children often find themselves in foster care or in the custody of other family members, especially their grandparents care. According to the NCBI, between 2009 and 2014, nearly 3% (2.1 million) of US children age 17 years and younger lived in households with at least 1 parent struggling with a substance use disorder. Other statistics reveal 5.7 million children under age 11 live in households with a parent with substance use disorder. “

A statement released by the shows President of Social Impact and Philanthropy reads, “Having a parent battling addiction can be one of the most isolating and stressful situations young children and their families face. Sesame Street’ has always been a source of comfort to children during the toughest of times, and our new resources are designed to break down the stigma of parental addiction and help families build hope for the future.”

The goal is to bring awareness to many of life’s circumstances, both good and bad, and teach children empathy and understanding. The characters encourage other children to speak openly about how they feel, top understand it is not their fault and most importantly that treatment is important for their parents to get better.

The Sesame Workshop offers resources for both children and their caregivers that include helpful information including addiction education, coping strategies including stress management tools, as well as constructive talking points

What is an Accidental Overdose?

Posted on: March 18th, 2019 by The Gooden Center No Comments

Most cases of drug overdose that are not fatal are considered accidental overdoses unless the person was attempting suicide. When a person dies from an overdose the medical examiner will need to determine whether the overdose was intentional or unintentional. If a person’s overdose is determined to be intentional then it can be assumed the individual was committing suicide.

An accidental overdose can come in many different forms depending on the type of drug the person used and their intention in taking it. In many cases if the person is an addict they may have taken more than their own tolerance could handle and end up overdosing. This happens frequently when users attempt to quit for a period of time and then start using the amount that they used to without realizing that they have lost their tolerance.

In other cases of overdose the person may have taken the drug accidentally because it was laced with something else or they mistakenly thought it was another substance. This is also a case where the person does not have a tolerance for the drug and their system cannot handle it. A less common occurrence but equally dangerous situation is when another person gives them a dangerous drug either intentionally or unintentionally and they are poisoned.

The only incidence where an overdose is not considered accidental is when a person purposefully takes too much of a drug because they intend to end their own life or otherwise harm themselves. Being aware of the dangers of a particular drug, always knowing what you are taking and evaluating your own tolerance can help prevent accidental overdose.

The Rural vs Urban Opioid Crisis

Posted on: March 2nd, 2019 by The Gooden Center No Comments

As the opioid epidemic continues to grow, researchers are beginning to recognize trends in how abuse and overdose affect different areas throughout the country. Opioid addiction is more dramatically affecting people living in rural areas rather than those in urban cities especially when it comes to prescription opioids. Older adults in rural areas are more frequently dealing with addiction and fatal overdoses than those in other parts of the country.

One of the reasons opioids have hit rural areas so hard is that people living these areas have nearly two times the odds of being prescribed opioids than those in urban cities. Studies have revealed that even though opioid prescriptions have been declining overall they still remain relatively high in rural areas. People in rural counties actually have an 87 percent higher chance of receiving an opioid prescription compared with people in metropolitan areas.

Prescription habits among primary care doctors may be at least partially to blame for the differences in prescription addiction in rural areas. Rural adults tend to be the ones that experience the highest rates of opioid issues and more are being hospitalized on a regular basis for their problems with prescription painkillers. Physicians in rural counties are often providing these kinds of drugs for people with pain problems because they feel they may not have the time or resources to get physical therapy or surgery.

There are also many barriers for people in rural areas to receive the treatment they need for addiction because they may have to travel long distances or experience long wait times to getting help. It may be more difficult for them to get the support they need to recover. It is important to establish more access to care for people in rural areas and to prevent rural doctors from overprescribing opioids in order to effectively reduce the opioid crisis.

Are We in a New Phase of Opioid Crisis?

Posted on: February 26th, 2019 by The Gooden Center No Comments

Even though the level of opioid abuse and overdose has already reached epidemic proportions, the problem is continuing to escalate into a new and more dramatic phase. Researchers are predicting that the problem will keep growing and shift into a different form as new kinds of opioids are being consumed more often. They also predict that some of the programs aimed restricting access to prescription painkillers may not be enough to stem the tide of abuse.

One of the biggest issues that is changing the path of the opioid epidemic is the introduction of new and powerful synthetic opioids like fentanyl. This synthetic drug is 50 times more potent than heroin and even a small amount can lead to an overdose if the user doesn’t have enough of a tolerance. Fentanyl has led to overdoses in areas throughout the country and even a mass overdose where 13 people at the same party needed to be revived.

The number of overdose deaths attributed to fentanyl has been steadily rising and causing health issues all over the U.S. Fentanyl is dangerous not only because it is so potent but also due to its low “therapeutic index” or the line between a safe dose and a fatal one. It can be very easy to overdose on fentanyl because even a microgram can be too much for a person’s body to handle.

Researchers predict that fentanyl will cause an increase in opioid abuse and overdose in the near future. It may be some time before the U.S. is able to reduce instances of opioid addiction and deaths related to opioid abuse. Our current programs may not be enough to prevent the growing number of deaths resulting from both prescription opioids and fentanyl.

New tactics may be necessary to try to change the current course of the opioid epidemic.

Are You Considered High Risk for Opioid Abuse?

Posted on: January 12th, 2019 by The Gooden Center No Comments 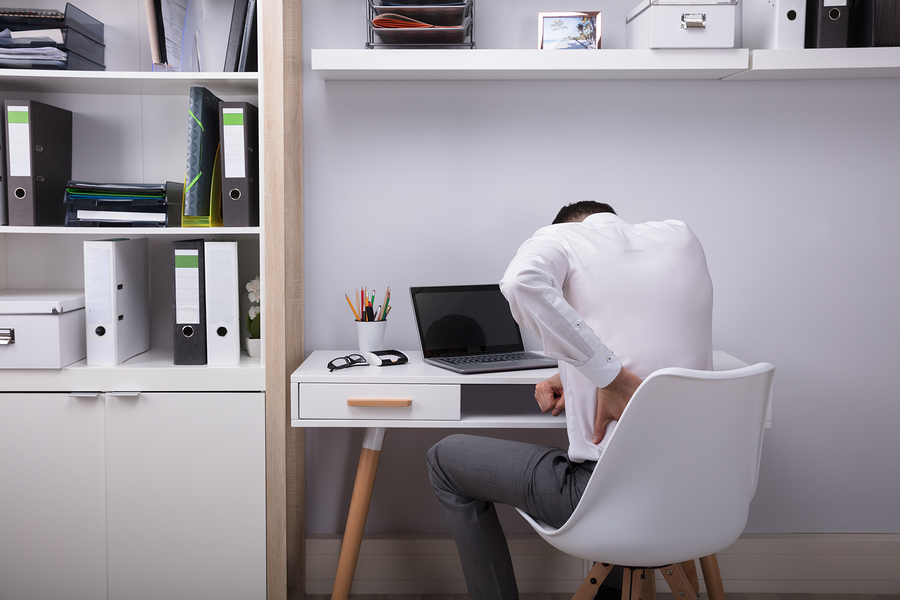 As the opioid epidemic continues to wreak havoc on the health of the nation, experts are working to understand the factors that can lead to opioid addiction or misuse. Certain people may have an increased risk for opioid abuse and should be very cautious about using opioids for any medical reasons. Knowing your own risk level can help keep you informed and safe from the dangers of opioid addiction.

Certain genetic factors can influence whether someone is more likely to become addicted to opioids. If you have had issues with another type of addiction in the past or if a close family member has had addiction problems then you may be at higher risk. Addiction can be an inherited trait so people with a family history of drug abuse should avoid using opioids or other addictive drugs.

There are many other risk factors that can make someone more likely to abuse opioids such as living in a rural area, being unemployed, or having financial problems. The important thing to keep in mind is that opioids are a highly addictive drug and even with the absence of these risk factors, it is still possible to develop a problem with abuse.