Having a Dry (Alcohol-Free) Home

Posted on: February 16th, 2019 by The Gooden Center No Comments

Whenever someone goes through recovery for an alcohol addiction, it is important for them to be very cautious about the possibility of relapse. This includes minimizing possible triggers and avoiding situations where they might be tempted to drink. It then goes without saying that it is crucial to live in a completely alcohol-free home.

Having alcohol around in the refrigerator or seeing other people drink it at home can be a very strong temptation and very dangerous for sobriety. For people in recovery who live with roommates, family members or spouses who still drink they will need to talk to them about keeping a dry home. It is an important conversation to have to ensure that everyone is on the same page and they will not jeopardize an alcoholic’s progress that they have made.

Keeping a dry home doesn’t mean that your roommates or spouse can never drink but they should never have alcohol in the house. Having beers in the fridge or a bottle of wine in the cabinet can be too much and is not respectful to you and your needs. You should be able to come to an agreement with the people you live with about how to maintain an alcohol-free home and what boundaries need to be in place.

When it comes to entertaining guests it is still crucial to keep your home alcohol-free. If friends come over and want to drink you will need to be straightforward and honest about your policy to keep a sober home. Make sure to tell people in advance that they should not bring alcohol so that you don’t end up in a complicated situation.

Keeping an alcohol-free home can be simple as long as your friends and the people living in your home support your decision.

Sobriety as a New Year’s Resolution

Posted on: December 28th, 2018 by The Gooden Center No Comments 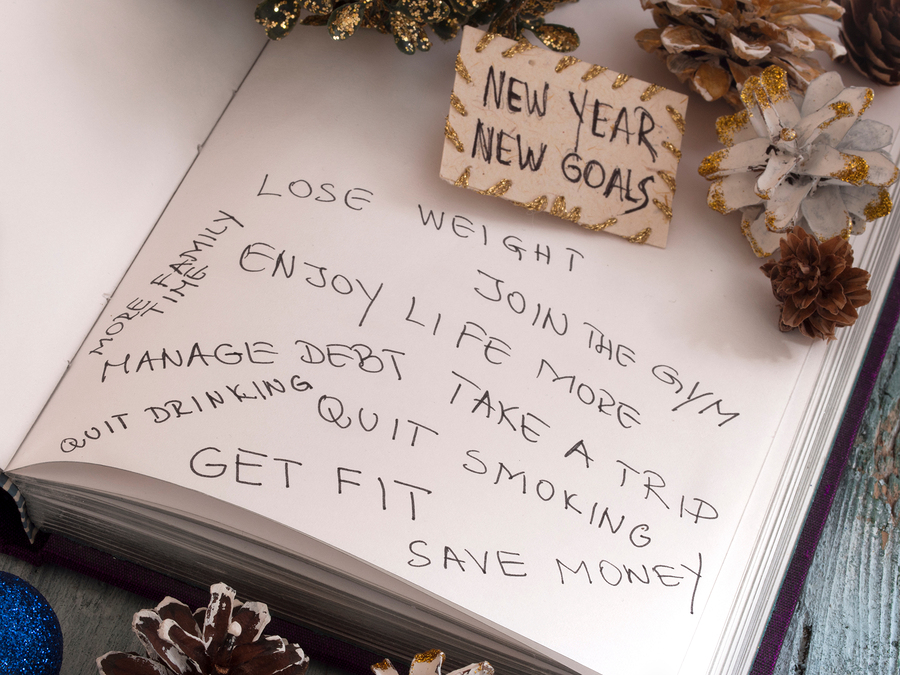 The new year is a time when people make an effort to start over and change some of their habits for the better. It can be a good time to focus on health and well-beingg so that you live a more positive lifestyle. Sobriety can be one of the best resolutions that you make in the new year as long you have a plan to stay committed and follow through with your decision.

Becoming sober is a big change to go through and in order to succeed you will need to make a number of smaller resolutions to support your choice. Getting sober means talking to friends and family about your addiction and telling them that you want to quit. Letting other people know about your resolution can make it easier to be accountable and you will be less likely to give up.

The next step for becoming sober is seeking professional help if you have a serious addiction. You can find a therapist who specializes in addiction or you can enroll in an inpatient or outpatient treatment center to detox and get adjusted to a sober lifestyle. Quitting an addiction can be much easier in the environment of treatment and sobriety offered at a rehab center.

If your alcohol use is not severe enough to require inpatient treatment you might consider attending a twelve step program to help you get oriented with a sober lifestyle. These group meetings are designed to help people to deal with cravings and allow them to strengthen their resolve to be sober. You can also start to build a social support system with the people you meet in twelve step groups so that you have sober friends who will keep you on track with your goals.

Sobriety can be a great new year’s resolution as long as you take the right steps toward making a lasting change.

Posted on: November 22nd, 2018 by The Gooden Center No Comments 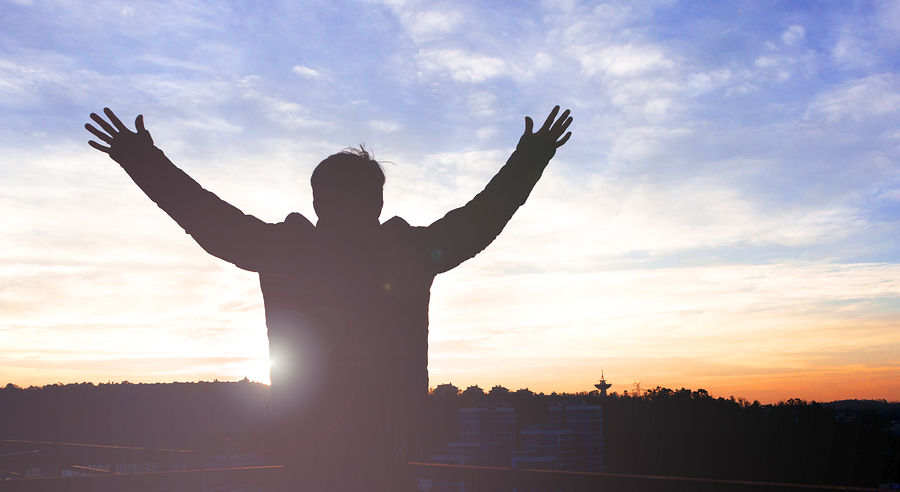 Even though facing an addiction may seem hopeless, there are many opportunities to work toward a better future. Only people who have experienced addiction firsthand will understand the destructive toll it takes on your life. When you have hit rock bottom it can be difficult to see any light at the end of the tunnel but for most people who manage to get help, things will ultimately get better.

The image surrounding addiction, especially in Hollywood, is often of the addict who can’t escape their own self-destructive tendencies and they are never able to recover. Recent films like “A Star is Born” show a main character who is destroyed by his addiction and never gets the opportunity to try to fully live sober. Even though these kinds of tragedies do occur, the majority of people who receive treatment for addiction are able to survive and lead healthy lives.

One of the biggest issues with addiction is the significant stigma that people experience with the disease. In that sense it is different than any other disease that has its normal ups and downs. When people relapse and their disease worsens temporarily, they are judged very harshly by society in a way that can jeopardize their ability to recover.

Even when someone relapses, if they are able to get the support that they need it doesn’t mean that they have failed in their recovery. As with any disease, continuing treatment can mean that it gets easier every time as they work toward permanent sobriety. Going back to treatment after a relapse is often a normal part of the process.

Although addiction is sometimes stigmatized and portrayed harshly in the media, most people find that they can become healthy and sober with the right treatment and support from peers, friends and family.

Posted on: May 7th, 2018 by The Gooden Center No Comments 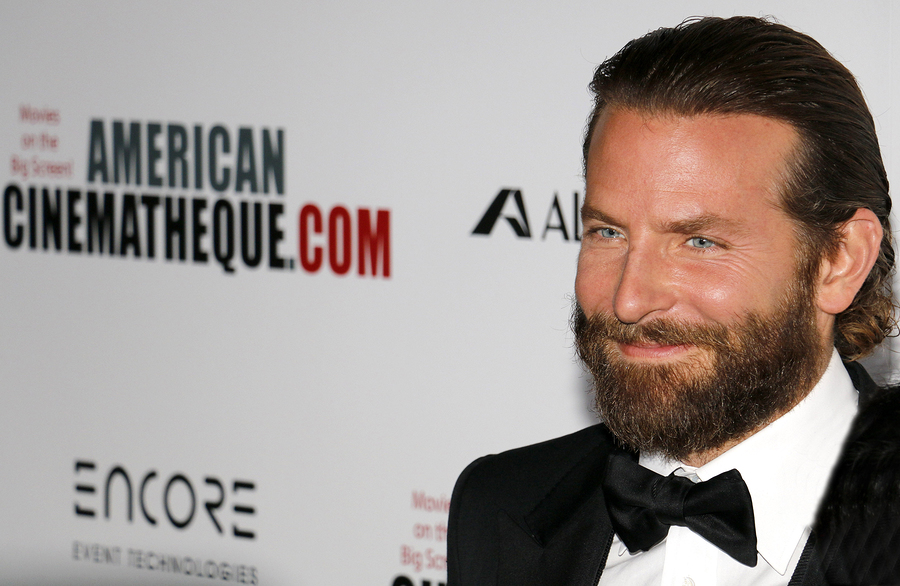 Bradley Cooper is a famous and esteemed actor and producer. He first achieved prominence with his work on the television shows Alias and Jack and Bobby. Since then, he has become highly esteemed for his roles in The Hangover trilogy, Silver Linings Playbook, and American Hustle.  He has received two Academy Award nominations, and was named the “Sexist Man Alive” by People magazine in 2011.

However, like many people who seem to outwardly enjoy a great deal of fame and success, his personal life has been marked by struggles.   He has abstained from alcohol since he was 29, out of fears that “If I continued [drinking], I was going to sabotage my whole life.” In a January 2014 interview with GQ magazine, Bradley spoke about his life’s struggles with alcoholism and depression, and told a story of hope and recovery that can serve as a great encouragement to anyone seeking freedom from the pain of addiction.

There was a Problem

Many so-called “high functioning” addicts can use their outward success as an excuse to sink further into denial, telling themselves their addiction isn’t really out of control or something they need help for, because they are continuing to be able to do their jobs.  Fortunately, Bradley Cooper possessed enough truthful self-awareness to not fall into that trap.  His GQ interviewer, Zach Baron asked about the impact of his alcoholism, expecting stories of not showing up on set or of “work getting [expletive] up.”

His response was that things didn’t have to get to that point for him to realize there was a problem. “The best thing I can do is embrace who I am and then do that to the fullest extent, and then whatever happens, happens.” His alcohol abuse was taking him away from that and putting him’” farther away from fulfilling any potential I would have.” Emma Stone, an actress he has worked with on several films, noticed this transformation herself, saying “He’s gotten more and more present in his life as he got older.”

Because alcohol was interfering with his passions and his work, he threw himself into the process of recovery, and grew in a life-saving level of self-awareness and commitment to his career.  His low point occurred after an Achilles injury and accompanying depression that left him homebound and considering quitting acting altogether.  When he saw that the effects of his addiction was leading him to have less and less screen time, that was enough to motivate him to seek change.

After he got his own life in order, his film and television career enjoyed more success then ever, and he discovered that he could live a free and full life being “actually myself…I don’t have to put on all this air to be somebody.” This outlook is showing a lot of wisdom, that the basis of recovery starts with learning to love and care for yourself. He learned how to get over his anxieties of how he came across to other people, and that led him into a career-inhibiting haze of alcohol. Once he realized that he could be accepted as himself, he found this freeing truth enough to change his life.

It all starts with a moment of clarity, in which an addict realizes the harm he or she is doing to the well being of his or her self and others, and so seeks out help. Because Bradley Cooper achieved a moment of clarity, we reap the benefits of his talent and creativity of a man deeply aware of and in tune with himself.

Celibacy as a Part of Addiction Recovery

Posted on: April 20th, 2018 by The Gooden Center No Comments 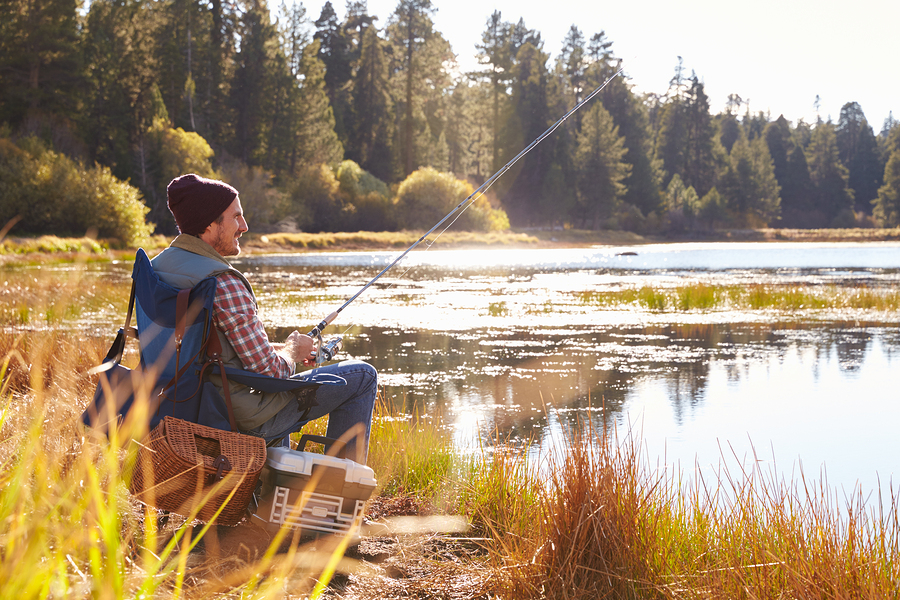 Quitting an addiction can be a very complicated process and there are many different elements to consider in making sure you can stay sober. Even though the main focus of recovery is abstinence from the drug you were addicted to, there are other aspects of a healthy lifestyle that can help support sobriety. Many recovery programs recommend that people take a break from dating at least for a period of time until they are more stable.

Relationships can be difficult to handle at any point in your life but when you are just beginning to work on your sobriety they can be too much to handle. Being celibate can be a good way for people to focus solely on themselves and their own recovery so that they don’t complicate their situation with sex. Although the goal can be different for everyone, many people avoid intimate relationships for at least a year until they are more confident in their sobriety.

People in recovery often don’t have the skills to maintain a relationship and be fully present with a partner because they are learning how to clean up and manage their own lives. Dating will most likely be a distraction from their goals and could even trigger a relapse if it becomes too emotional or intense. Celibacy is important because there is always the danger of replacing a drug addiction with sex as a way to self-medicate.

Recovery requires a lot of focus on the self and hard work in a treatment program. In order to fully heal and manage their life as a sober person, people in recovery need to be single until they feel ready to date again. When they have succeeded in developing their communication skills and are feeling more comfortable in their sobriety then they can once again be open to healthy and supportive relationships.