Posted on: April 17th, 2017 by The Gooden Center No Comments

Everyone experiences ups and downs in their life but for people with severe clinical depression, emotions can take control and interfere with their ability to function. Depression causes people to struggle with day to day activities and can lead to problems in relationships because their feelings of sadness and hopelessness are so persistent.

Millions of people around the world suffer from depression but unfortunately, many individuals live with this problem without ever seeking treatment. In the U.S., only about half of Americans with depression receive treatment and only a fifth receive treatment according to current practice guidelines. Clinical depression is a complex disorder that often requires psychotherapy, medication and in some cases residential inpatient treatment. With the right kind of care some of the symptoms of depression can be reduced to become more manageable and eventually many people are able to experience long term remission. This depression treatment guide helps to get people on the road to recovery.

What are the Symptoms of Depression? 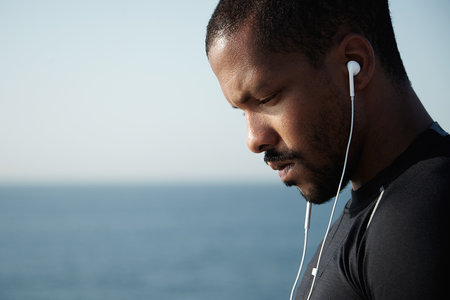 Some people may experience all the symptoms of depression without even realizing that they have a mental illness. There may be a lot of misconceptions and myths about depression but it is a real illness that requires treatment. It is important to recognize and understand the signs of depression so that you can identify this disorder in yourself or someone else who seems to be suffering.

Someone of the more common symptoms of depression include feelings of sadness, hopelessness and anxiety which are persistent and don’t ease with time. Physically people with depression will usually have low energy levels and an unusual sleeping pattern such as sleeping too much or too little. They might also suddenly lose or gain weight because of changes in their appetite. Depression causes people to lose interest in activities they used to enjoy as they become more withdrawn and isolated. In more severe cases of depression a person may consider or even attempt suicide.

Although there are certain key symptoms that might indicate a problem with depression, everyone experiences the illness differently. There are a few categories and types of depression that people fall into based on their specific symptoms. The most common is major depression which involves severe symptoms that interfere with a person’s ability to work sleep, eat and enjoy life. Major depression can occur with only one episode in a person’s lifetime but most people have several episodes.

Certain events or periods of their life could trigger a depressive episode which make them feel persistently sad and hopeless without much relief. People with major depression often have feelings of worthlessness and a lot of negative beliefs about themselves that are difficult to get rid of. Many people have certain risk factors for developing depression such as a genetic predisposition or traumatic experiences in their youth which trigger the development of symptoms. 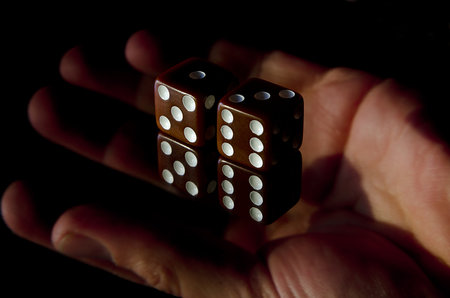 Some of the signs of manic depression include a person seeming unusually happy or energetic, sleeping very little and having rapid speech or racing thoughts. An episode of mania can cause a person to behave recklessly or impulsively and they might also suffer from delusional beliefs or hallucinate, seeing or hearing things that are not there. People with manic depression might go through a period of being overly energetic for weeks or even months until they experience a depressive episode and their behavior takes a dramatic shift as they exhibit typical depression symptoms.

How to Fight Depression

People who suffer from depression often have a hard time seeing that their symptoms are simply part of an illness and they can take actions to feel better. In order to fight depression you need to take steps to being healthier in mind, body and spirit. One of the most important things you can do for yourself is to talk with a therapist about your feelings so that they can ease some of the stress and provide you some insight into what you are experiencing.

A therapist can have the ability to help you see that most of your negative beliefs about yourself or your life are completely untrue. Taking care of your body can actually have a great impact on depression as well because lack of sleep, poor nutrition or too little exercise can contribute to a depressed mood. Getting the right nutrients, sleeping eight hours a night and exercising several days a week can all quickly elevate your mood.

When to Get Help with Depression

People with less severe symptoms can sometimes improve depression on their own while others might need to get treatment from a facility specializing in mental health. There are certain points when you might realize that your depression has become more than you can handle on your own and you need to get help. If you have been persistently experiencing symptoms for more than a few weeks or even months without any relief then it might be a good idea to get professional assistance in recovering.

One of the biggest issues that require people to get help is when their depression gets so severe that they are performing poorly at work or school and are unable to complete important tasks because of the way that they feel. You might also notice that your physical health is declining, you have very little energy or you tend to self-medicate with drugs or alcohol in a way that exacerbates your symptoms.

There are plenty of resources available to help you get the treatment you need to minimize your symptoms of depression so that you can live a happier and more productive life. If you think you might have clinical depression then the first step is to be evaluated by a doctor who can give you a diagnosis so that you know what type of depression you have and how severe your symptoms are.

A psychiatrist can recommend treatment options for you based on the type and level of your depression for a more effective recovery. Those on the more severe end of the spectrum can look for a local treatment center to enroll in a residential program. Inpatient treatment gives people with depression the opportunity to live and connect with other people suffering from the same problems while also being surrounded by a team of psychologists. People with milder symptoms can find an affordable therapist that they can attend regularly while still living at home. 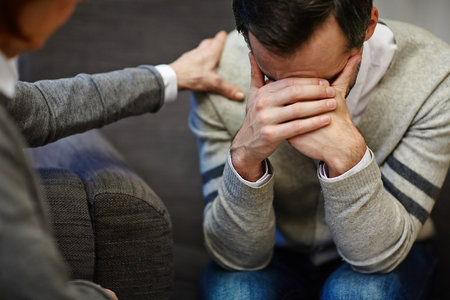 The Benefits of Depression Counseling

Whether you choose to attend a residential treatment center, receive outpatient treatment or pay for regular therapy through a private practice then counseling will be a major component in recovery. Counseling is a way to talk through some of the feelings that build up and contribute to a depressed mood. For people with depression who tend to become withdrawn from friends and family, it may feel easier to talk to someone outside their inner circle about what they are going through.

Counselors are there to listen and don’t offer much information about themselves which makes it easier for people to start discussing personal problems without feeling selfish or dramatic. In counseling, people with depression can start figuring out their own feelings and identifying the cause of their emotions rather than being overwhelmed by sadness. Your counselor is also there to help guide you so that you can start to resolve your own problems and be more active in fighting symptoms of depression.

Types of Therapy for Depression

Although any treatment that focuses on relieving symptoms can be helpful, there are different options as far as the type of therapy used for depression. Every individual might respond better to one type of therapy over another and professionals can help you determine the best fit for you. The most common types of therapy for depression include cognitive behavioral therapy, interpersonal and psychodynamic therapy.

Cognitive behavioral therapy is a method that allows patients to alter their negative thinking and beliefs so that they can begin to be more positive about themselves and their outlook on life. Interpersonal therapy focuses more on a patient’s relationships with others and if they are problematic or disturbed in way that exacerbates their depression. Psychodynamic therapy allows patients to understand their psychological conflict in the context of their childhood. Patients can talk about past trauma, painful memories or aspects of their upbringing that may have caused symptoms of depression to develop.

It is very common for people in the early phases of treatment to rely on medication as a way to make their symptoms more manageable so that they can be more successful in their therapy sessions or treatment program. There are a myriad of different kinds of prescription drugs that are used to treat depression and only a qualified psychiatrist can help you determine the right choice of medication and the correct dosage.

Choosing an antidepressant means weighing the severity of your symptoms, the side effects that you experience from the drug and how it might interact with any other medications you are taking. There are many different types of antidepressants but the most commonly used are SSRIs (selective serotonin reuptake inhibitors) such as Prozac, Zoloft and Lexapro or NDRIs (norepinephrine and dopamine reuptake inhibitors) like Wellbutrin. Some people choose to wean themselves off of their medication after treatment and others may need to continue using antidepressants for some time. 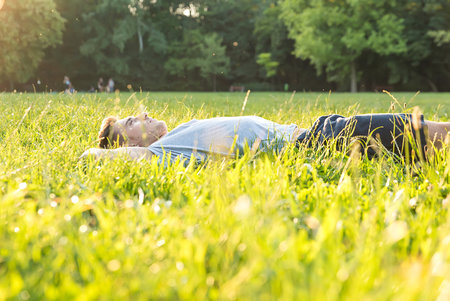 n. Mindfulness meditation can be a very useful part of an effective treatment plan because it minimizes stress and teaches people to distance themselves from the negative thoughts that characterize their illness. Meditation and especially mindfulness have very positive effects on the brain as they increase awareness over time.

People with depression tend to overthink and get swept away by negative or pessimistic thoughts. Meditation helps you become more aware of those thoughts and separate them from yourself so that you can let go of them instead of holding on to negative beliefs. As part of a holistic treatment plan, meditation is a good alternative therapy to include along with traditional psychotherapy.

For those that choose to enroll in a treatment program, one of the important things to keep in mind is that you will need to eventually be able to cope with symptoms on your own. After you leave a depression treatment center it can be a difficult transition to live at home without a team of professional staff around all the time to help you.

That is why you must learn and remember to use coping strategies throughout your stay in treatment. Once you get used to using certain techniques and methods for handling depression symptoms then you can be prepared to manage any problems that come up once you leave treatment. If you practice everything you learn in treatment then you can live a more balanced and happier life.