Living with any type of mental illness can be challenging and each person experiences their own personal struggle with understanding how handle their symptoms. Bipolar disorder can be an especially complex and difficult illness to live with for people who have not had the opportunity to get the professional help and medication they need. Some people may exhibit symptoms of bipolar disorder for a long time without understanding that they have this mental illness. 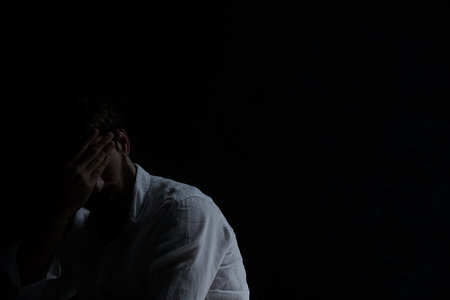 What is Bipolar Disorder?

Bipolar disorder is also more commonly known as manic depression because it is a mental illness with two distinct phases with radically different symptoms. People with bipolar disorder experience extreme highs and lows as well as drastic changes in their thinking, behavior, energy and sleep. Bipolar disorder typically consists of periods of time in which specific symptoms occur including a manic phase which is often followed by a depressive phase.

During a period of mania, an individual can feel overly happy and energized or even excessively confident. Periods of mania can often lead to reckless behavior and impulsive actions that cause harm such as wild shopping sprees or gambling. In a depressive state, someone with bipolar disorder will be more lethargic and experience sad feelings for weeks or even months. They will exhibit symptoms during this phase that coincide very closely with major depression disorder but will eventually their mood will swing back to mania.

If you are not sure if you or someone you love might have bipolar disorder then there are certain signs and symptoms that can indicate the illness. In periods of mania, someone with bipolar disorder will seem to have infinite energy and might sleep very little. They might also talk excessively and seem intensely excited or happy but have difficulty focusing and concentrating on tasks.

They could have rapid mood changes as they go from being joyful to suddenly becoming extremely irritable, angry and hostile. People in a manic phase may also become delusional and grandiose, talking about and believing things that are not true and they are unable to be convinced otherwise. They might engage in very impulsive actions as a result of their unrealistic thinking and even have hallucinations where they see and hear things that are not there. They can also have an increased sex drive which might cause them to engage in risky sexual behavior.

Someone who has bipolar disorder is likely to have both symptoms of mania and depression. You will need to identify the patterns of their mood changes and if you notice dramatic shifts then pay close attention to their symptoms. During a period of depression, someone with bipolar disorder might seem sad and hopeless or talk negatively about themselves. They will have much less energy than they would during a manic phase, often oversleeping and spending a lo 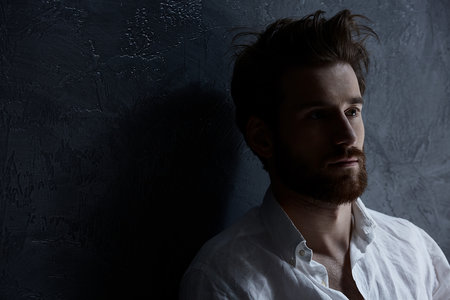 t of time in bed or on the couch. They might become withdrawn and stop being involved in activities that they usually enjoy.

Throughout the depression period they might frequently cry, have thoughts of suicide or even attempt suicide in more serious cases. You might notice that they go through a sudden weight loss or gain due to extreme changes in their appetite. As with a manic episode, depression symptoms can last for a period of weeks up to several months before shifting back to a more energetic state.

While bipolar disorder is a more general term encompassing people with symptoms of mania and depression there are actually different types of the disorder. People can fall into the categories of having bipolar I disorder, bipolar II disorder which includes milder mania episodes or cyclothymic disorder which involves shorter episodes. Within these different types people may have symptoms that include “mixed features” meaning they experience opposite moods simultaneously rather than separately in distinct phases.

Some people with bipolar disorder may also experience “rapid cycling” meaning they have as many as four or more mood episodes within the period of a year. This pattern of rapid cycling can occur at any point within the course of the illness although it typically happens later in the lifetime of the individual rather than when the disorder first begins developing. It is helpful to get a professional diagnosis to determine what type of bipolar disorder you may have.

Although the disorder always includes similar symptoms and drastic mood swings, bipolar I disorder is the most severe form of the illness. Someone with type 1 bipolar will have more intense episodes that last for months at a time. Type 2 bipolar disorder includes symptoms of severe depression and episodes of what is called hypomania which basically is a less severe form of mania.

Someone with hypomanic episodes will still have an elevated mood, more energy and a decreased need for sleep but they lack some of the psychotic features that can occur with mania such as delusional thinking and hallucinations. People with hypomania also find it easier to function socially in spite of their episodes and they might not have to take time off work or be hospitalized at any point. Cyclothymic disorder includes brief periods of hypomania and brief periods of depression but they are not as severe or long lasting as the other types of bipolar disorder.

Even though the exact cause of bipolar disorder is not entirely known or understood, there are certain factors that can interact and play a role in the onset and progression of the illness. Currently, bipolar disorder is considered a primarily neurological issue which occurs because of a malfunction of chemicals in the brain including serotonin, dopamine and noradrenaline. 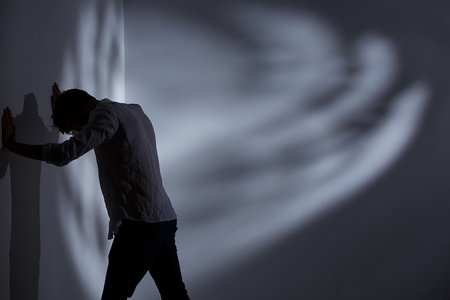 People may have this neurological issue but it lies dormant until it is activated by certain stressors or events causing the disorder to develop. One of the major factors in someone developing bipolar disorder is a genetic predisposition because of family members such as parents and grandparents having a mood disorder. If one parent has a mood disorder then a child has a 10 to 15 percent greater chance of developing bipolar disorder. Environmental factors can also play a role such as traumatic life events triggering the onset of the illness or drug abuse causing a milder disorder to worsen over time.

Can Bipolar Disorder be Cured?

When you have been diagnosed with an illness like bipolar disorder you might wonder how the illness will affect your life in the long term and whether you can eventually eliminate the symptoms completely. Most in the medical field would agree that bipolar disorder is a chronic illness because it is biologically based and caused by issues in the brain. That means when a person is diagnosed with bipolar disorder it will most often be a lifelong illness.

However, most of the symptoms can be effectively managed through treatment, therapy and medication so that people with bipolar disorder can still function in daily life. Because one of the main causes of bipolar disorder is due to chemical imbalances in the brain, medication can actually be very helpful in stabilizing a person’s mood as long as they are able to find the right medication that works for them. Psychotherapy is helpful in minimizing some of the effects of severe mood swings so that patients can better handle episodes when they occur.

If you or someone you love has been diagnosed with bipolar, it is important that you get the bipolar disorder treatment necessary to reduce the symptoms. There are many different kinds of treatment centers that can offer programs geared specifically for people suffering from this disorder. For those with very severe symptoms they have the option of staying in a residential treatment facility to get access to care every day alongside others dealing with the same issues.

Inpatient care can be an effective way at getting people back on track if their illness has caused a lot of harm in their life and affected their job or relationships. People with bipolar disorder may benefit from having time away from the stresses of daily life to focus on managing the symptoms of their illness. Those with less severe symptoms can choose to live at home and receive outpatient treatment in the form of medication and individual therapy sessions from a qualified psychologist.

Types of Medication for Bipolar Disorder

There are numerous options available in terms of medication to treat the bipolar disorder treatment and new drugs are researched and introduced all the time. Finding the right medication can be challenging at first but eventually you and your doctor will be able to determine what works best to reduce your symptoms. The types of medications used for treatment include lithium, anticonvulsants, antipsychotics, calcium channel blockers, benzodiazepines and antidepressants.

With such a slew of different drugs available it can take some adjustments and even combinations of a few medications to get the necessary results for each individual. Some medications may have undesirable side effects and patients will want to try something else that affects them less. The goal of medication is to stabilize their mood and reduce symptoms of both mania and depression with minimal side effects.

Once a patient finds the right medication to help keep them more stable, they will be ready to focus on the work they need to do in psychotherapy. Whether you are staying in residential treatment or simply taking sessions through a private practice, individual therapy is one of the keys to learning how to manage bipolar disorder. Living through multiple episodes of extreme ups and downs can create a lot of confusion and mental stress.

One of the goals of treatment is helping people understand their own disorder, get to know their triggers and figure out the best methods to minimize symptoms. Therapists can help a patient identify certain behavior changes that may signal the onset of an episode. Once you can predict an episode and understand the types of stressors that trigger them you will be better equipped to reduce their severity and length. In therapy you can educate yourself about your own disorder and learn to adapt so that you can live with bipolar disorder without it controlling you.

The major components of addressing symptoms of bipolar disorder are medication and psychotherapy but there are other methods that can be included in treatment to help ease symptoms. In most residential treatment centers they will offer group therapy or support group meetings to patients so that they can talk about living with this disorder among people with the same issues.

Support groups help people feel less alone with their illness and it is a place where they can receive encouragement, talk about important issues and hear useful advice from people with personal experience. In treating most mental illnesses a healthier diet and regular exercise can be an additional method of stabilizing a patient’s mood. Establishing a healthy routine including nutritious food, fitness and a regular sleep pattern can be very helpful in managing the disorder.

Since bipolar disorder is a chronic illness, even after completing a treatment program most people still need to find ways to manage their symptoms. They can continue attending support groups, maintain a regular therapist or find certain activities that help them cope with their disorder.