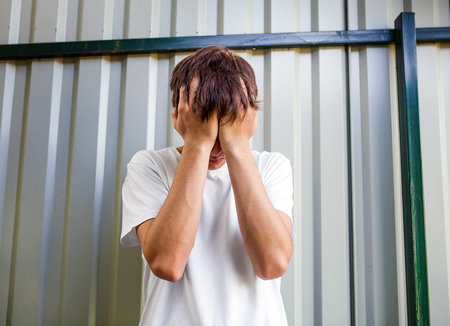 For example, men tend to develop the disorder earlier in life than women and the illness usually begins with mania first. Men are more prone to manic episodes than women and may act out more by fighting, drinking, and being aggressive. Typical mania symptoms include increased physical and mental energy, racing thoughts, risk taking and impulsive activities. Depressive symptoms include loss of energy, prolonged sadness, feelings of guilt and hopelessness and thoughts of suicide.

Severity and Frequency of Signs of Bipolar Symptoms

There are certain gender differences which can cause men to exhibit behaviors due to bipolar disorder. They may be more likely to engage in substance abuse as a way of self-medicating themselves and their tendency toward escapism from bipolar disorder lead them to drug or alcohol addiction. Overall, men tend to have more severe symptoms of bipolar disorder which put them more at risk for problems later in life if they develop the illness when they are young. Women are more prone to have rapid cycling which means that their episodes can occur more than four times a year. Men have more intense symptoms but generally their episodes occur less often. Their symptoms may include more aggressive and violent behavior especially during a manic episode.

One issue that can be problematic in young men is their reluctance to seek treatment for mental health problems like bipolar disorder. Men are much less likely to get help, often because of the stigma associated with issues like manic depression. If you think you recognize any signs and symptoms of bipolar disorder in yourself or someone you know then it is important to seek treatment as early as possible. Young men are more prone to suicide than women and about 10 to 15 percent of those with this disorder take their own lives. After understanding bipolar disorder its important to get right treatment and medication which will help minimizing some of the symptoms of this disorder and make it possible to work and function in life in spite of the illness.