The Trump Administration and Mental Health 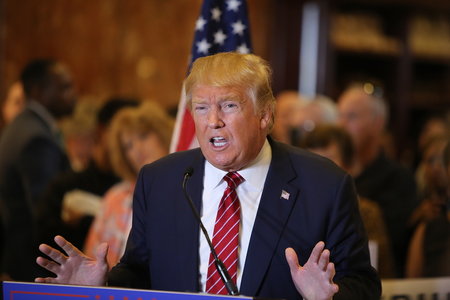 President Trump and his administration have made it a mission to overhaul our current healthcare system and eradicate “Obamacare” which they believe was inefficient and problematic. Their new healthcare plan has passed the house but is still being considered by the senate and has not yet been voted into effect.

Many Americans are concerned about what the new healthcare plan will mean for the country’s public health in general but some are also particularly worried about mental health coverage. The expectation of Trump’s healthcare plan is that many Americans will lose their healthcare coverage through federal programs like Medicaid which will be dramatically reduced under the new bill.

Unfortunately for many people in need, the new healthcare plan will slash much of the resources that the Affordable Care Act had made more available for mental health, behavioral health and substance abuse.

Trump’s decision to reduce Medicaid will have a devastating effect on those who rely on it to provide treatment for mental illness or addiction. People are particularly concerned about the new healthcare bill and what it would mean amidst the opioid addiction epidemic that has taken over the country in recent years.

Medicaid is currently the single largest source of funding for mental health and substance abuse treatments. Much of the funding has been provided by Obamacare especially through its expansion to include low-income adults.

A significant portion of people with substance abuse and/or mental health issues have low incomes or are even homeless. Prior to the Affordable Care Act, most people with little income were ineligible for public insurance through Medicaid. Even those with lower middle class incomes who simply had inadequate insurance were unable to receive coverage for mental health until the ACA made significant expansions.

The Cost of Repealing Obamacare

The ACA made it possible for people with low incomes to have access to preventative and rehabilitative services for mental health or substance abuse issues. Previously, Medicaid would only cover issues severe enough to merit admission into an emergency room or institution. With better coverage, people were able to get help before their situation became a mental health emergency.

Unfortunately, Trump’s new American Health Care Act would take away most of this coverage by cutting Medicaid expansion and reducing funding for low income adults. It would also allow states more flexibility to avoid parity rules and reinstate many of the old barriers for mental health care.

Who Will Lose Coverage?

While the current trend under the Obama administration has been to reduce the number of uninsured Americans to the lowest rates in over 50 years, Trump’s plan would reverse this trend and likely increase the rate of uninsured by 7.4%. The area of the country that would be hit the hardest by this new healthcare plan would be rural America which benefited greatly from ACA’s expansion of Medicaid.

The new healthcare plan would also negatively affect senior citizens who will have to pay higher premiums, deductibles and co-pays if the bill passes. Lower income individuals will receive thousands of dollars less in tax credits which allowed them to afford healthcare under the ACA. Repealing Obamacare for many demographics will mean that they can no longer afford healthcare and will not be covered for medical or mental health services.

The new healthcare plan proposed by the Trump Administration could cause problems for those in need of treatment for substance abuse problems including the millions of Americans addicted to opiates. Although Trump promised to fight the painkiller epidemic, his plans to end Medicaid coverage for substance abuse services will make it more difficult for people to receive addiction treatment.

Although many republicans support the bill, it remains to be seen how the new healthcare plan will affect Americans including many of Trump’s supporters.