Borderline Personality Disorder Treatment – Every kind of personality disorder has their own unique set of symptoms and borderline personality disorder is one of the most common types that people experience. It is a serious mood disorder that can affect a person’s life and ability to function normally because it can create a lot of instability.

About 1.6% of the population has been diagnosed with borderline personality disorder and it is more likely to be found among women who represent about 75% of those with the disorder. With so many individual suffering from this illness it is important to understand more about the disorder and be able to recognize the symptoms in yourself or in others so that they can get the treatment they need. 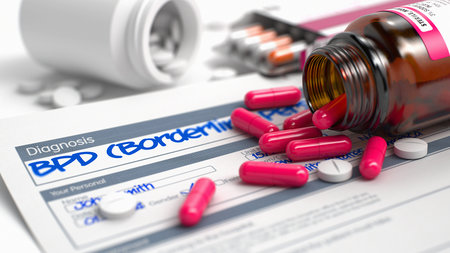 What is Borderline Personality Disorder?

Like many mental health disorders, borderline personality disorder involves issues with moods that can occur in patterns and cause problems for an individual. The disorder is characterized by the person lacking a sense of self which can cause a lot of feelings of emptiness and abandonment.

People with borderline personality disorder can have intense but unstable relationships and emotional outbursts of anger, violence or depression. The symptoms can make a person become very impulsive so that they act in unpredictable ways or engage in risky, dangerous behavior.

What drives many of the symptoms of BPD is the individual’s struggle with self-image or having a deep uncertainty about who they are. This uncertainty can cause their values and interests to change rapidly and they experience high amounts of stress about relationships, fearing that people will leave them. They react strongly to negativity and may become angry or distressed even about minor separations from people they are close with.

Before getting personality disorder treatment you should have clear knowledge of it’s symptoms. In order to identify whether you or someone you love may have this disorder, it is important to familiarize yourself with the most common symptoms. Someone with borderline personality disorder will go through frantic and extreme measures to avoid any separation or rejection because of their fears of abandonment.

Even minor separations such as a business trip will cause issues for them. They will also have a pattern of very unstable and intense relationships, often idealizing people and then suddenly believing the person is cruel and uncaring. People with the disorder have a distorted self-image that can change frequently from one moment to the next.

They may engage in very impulsive and risky behavior such as gambling, reckless driving, unsafe sex, spending sprees, drug abuse, binge-eating or suddenly quitting a job. Their impulsiveness can cause problems and make it difficult for them to function. Many people with the disorder have periods of intense anger and they may engage in self-harm or attempt suicide in some cases. 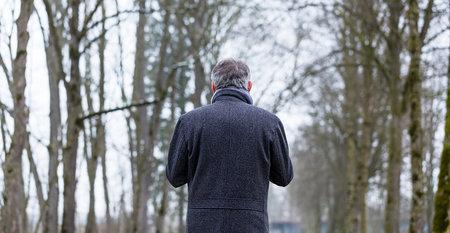 Do I Have Borderline Personality Disorder?

If you seem to have many of the symptoms typically associated with this disorder then you may need to be diagnosed. One of the clearest ways to tell if you have a mental health problem is evaluating how much your mood changes or other symptoms tend to interfere with your daily life. If you find it hard to stay at a job and frequently quit or have problems with poor performance because of your issues then it could be due to a disorder.

Having problems staying in stable relationships because of serious mood swings and fear of abandonment is also an indication of BPD. Impulsive behavior that leads to serious consequences such as a dire financial situation because of reckless shopping sprees could mean that you need to get help. If there are areas of your life that you feel have been seriously impacted by your symptoms then it is a good idea to be assessed by a mental health professional so that you can enter treatment for borderline personality disorder.

Although borderline personality disorder is actually more common than schizophrenia, it is one of the least understood disorders by the public. People may not be very familiar with the disorder, but there are actually more than four million people in the U.S. alone that have been diagnosed.

Women tend to be more prone to developing BPD with a ratio of 3 women to one man diagnosed with the disorder. It can be a very dangerous illness to live with because 70% of all people with BPD will make at least one suicide attempt in their lifetimes and 8 to 10 percent of those with the disorder will complete suicide.

One of the biggest issues with borderline personality disorder is that people are often misdiagnosed as having other disorders such as bipolar or major depressive disorder when they actually have BPD. This can lead to an unfortunately delay in getting the right treatment and medication.

By definition, borderline leads to significant impairment, particularly when it comes to close relationships with others. Personality disorders in general can be difficult to diagnose because it may be hard to distinguish between the extreme moods of other mental illnesses and the specific symptoms associated with borderline. Having a personality disorder like borderline means that someone has certain traits or patterns that are stable across time and consistent across situations and not a result of a certain environment or the influence of substance abuse. 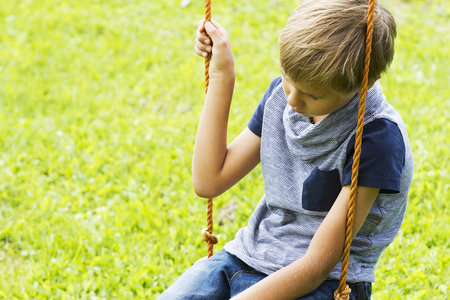 While the causes of most mental illnesses including borderline are not fully understood, there are certain factors which can contribute to someone developing specific symptoms.

People who are diagnosed with borderline personality disorder often have a genetic predisposition due to inheriting traits from their parents or grandparents. Someone who has a close relative with borderline or a similar type of disorder is much more likely to develop BPD themselves.

Physical traits such as brain abnormalities are shown to be associated with BPD as many people with the disorder have unusual changes in areas of the brain associated with regulating emotion, impulsivity and aggression. Environmental factors can also help to trigger some of the symptoms of BPD such as a stressful or traumatic childhood. Those who are sexually or physically abused early in life or neglected as children are much more likely to have borderline personality disorder.

Having a mental illness like borderline can be difficult to live with especially since it often negatively affects relationships. Many people with the disorder often don’t understand their own behavior and they feel powerless in controlling the chaos that happens in their lives. It is important with borderline disorder to develop coping skills to reduce some of the more intense emotional states that can cause problems.

Coping mechanisms can also help decrease the chance of harming or destroying relationships by preventing outbursts and even physical aggressions. Educating yourself and trying out different coping skills can help you build confidence and be better able to handle different situations without reacting too strongly. Eventually you will learn what coping skills work for you such as listening to music, talking to someone you trust, doing a fun activity or hobby, deep breathing or mindful meditation which can all help to cool down intense emotions.

One of the most complex issues that affects people with borderline personality disorder is the ability to maintain close relationships. Their connections with people close to them can often become tumultuous and strained because of their intense anger, fear of abandonment and sometimes a tendency towards violence.

People with BPD have a very hard time trusting others but also deal with a type of love addiction that makes them obsess over their partner who will ultimately disappoint them because of their own issues with intimacy.  Their feelings of emptiness, anxiety and distorted sense of social norms can lead to a lot of broken relationships. In order to repair their relationships, someone with borderline must learn to be more aware of other people’s feelings and build up their levels of trust. This can be difficult to do unless they receive counseling or treatment from a professional.

Although there are methods you can use to help cope with some of the symptoms of mental illness, a serious disorder like borderline usually improves most with treatment. A facility that specializes in the treatment of borderline personality disorder will have a team of staff members who are educated and trained in helping people reduce their symptoms.

Although historically BPD has been considered difficult to treat, there have been many advances in new treatment approaches that are proving very effective for individuals getting help. With the right treatment many people with borderline can experience fewer symptoms and enjoy an overall better quality of life.

Treatment centers can provide different types of counseling and therapies which can have a positive impact on patients dealing with some very complicated emotional symptoms. Treatment can be crucial in preventing some of the more dangerous behaviors in BPD such as suicide attempts.

People with very severe symptoms or who have had the disorder for a long time without any diagnosis will benefit the most from residential treatment. This means that they will live onsite in a facility while they are receiving intensive treatment. Residential programs are beneficial because it takes the patient away from the daily stresses of life and difficult relationships that can aggravate their symptoms.

In a more structure environment, patients can focus on learning the coping mechanisms that can help them deal more effectively with their feelings of anger, depression or emptiness. Living in a facility also gives patients a chance to connect with other people who have the same disorder so that they can support each other throughout treatment. 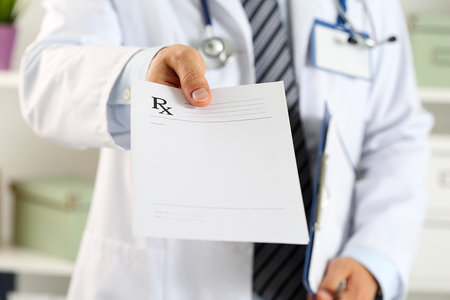 Although the core approach to treatment for personality disorders like borderline is psychotherapy, other treatments like supplemental medication can help alleviate symptoms. Currently, there are no prescriptions which treat BPD specifically but patients can take medications to help some of their issues with depression, anxiety or other unstable mood problems.

People with the disorder can take antidepressants such as SSRIs (selective serotonin reuptake inhibitors) or antipsychotics to help reduce impulsivity and aggression. SSRIs work well to help stabilize a person’s mood and prevent any intense low periods of depression. Before taking any medication, patients should consult their treatment center or psychiatrist to determine what the best prescription and dosage will be for them.

When you are looking for personality disorder treatment it is always a good idea to do plenty of research in order to find the best environment that works for you. Each inpatient facility has its own set of amenities, approaches to treatment and patient schedules. You should look into what a typical day in the facility will look like and take a tour of the treatment center so that you know for certain that you will be comfortable there. Once you feel more familiar with the type of personality disorder treatment they provide you can be more confident about your ability to be successful in the program.

Professional personality disorder treatment in a residential facility in many cases can dramatically reduce the symptoms of borderline personality disorder and make it much easier to live with. Although most patients cannot be fully “cured” of their mental illness, learning certain coping skills and getting the right medication can make the disorder much more manageable in their day to day life.

Borderline personality disorder treatment can take a lot of time, patience and hard work to see improvement from a complex mental health disorder but it is possible for people with borderline personality disorder to have more stable relationships and succeed in the workplace. Treatment can change people’s lives for the better so that they do not have to be held back by issues of mental health.