Within the spectrum of mental illness there are certain categories such as dissociative disorders which can include a number of different conditions related to the general issue of dissociation.  People with severe trauma in some cases will use dissociation as a defense mechanism that allows them to detach from immediate surroundings or from their own physical and emotional experience.

Every type of dissociative disorder involves some type of detachment from the self that began to develop as a response to extreme stress or trauma early in life. With treatment, many of the symptoms of these types of disorders can be more manageable and people can begin to gain control over the dissociative process.

There are a few different conditions that involve a pattern of dissociation in response to stress and they each have their own unique set of symptoms. The most commonly discussed type is called dissociative identity disorder (formerly multiple personality disorder) and it involves a person having two or more alternating identities with the main or “host” personality being unaware of the other personalities or when they emerge.

Unfortunately there is a lack of education and training in this disorder for some people in mental health and they may mistakenly believe that patients with DID are inventing their memories of abuse. The reality is that dissociative identity disorder is a very real and debilitating problem and patients sometimes only remember certain aspects or episodes of their abuse. It is actually very rare for patients to falsely “remember” abuse that never occurred but rather they will remember pieces of real trauma that caused them to develop different identities.

What is Dissociative Identity Disorder?

In order to combat the myths about dissociative identity disorder, it is important to know more about the illness itself and how it affects people. The condition is characterized by two or more distinct identities and personalities which are present in the same individual and have power over their behavior.

A person with this disorder will have memory variations which fluctuate with the alternating personalities. Each personality will have its own name, age, sex, and race as well as their own postures, gestures and distinct way of talking. When a person switches identity, their own main personality will be unaware and not remember anything that they said or did while acting as another identity. The personalities often serve to help the individual cope with problems in their life and new identities may emerge as a result of painful or difficult events.

Get help today and start a new life. 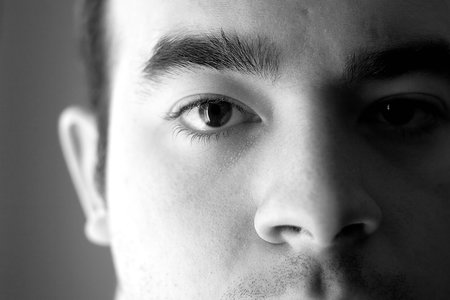 Although movies and TV may depict multiple personalities as being very exaggerated and overstated, real dissociative identity disorder is actually much more subtle. It may not be so obvious when someone has the disorder but there are certain symptoms and signs which may indicate that they need to be diagnosed. One of the major symptoms of this disorder is the tendency to have occasional amnesia after they enter different identities of states of being.

Someone with DID will often be unable to recall things that they have said or done beyond simple forgetfulness. They may also enter trances or have “out of body experiences” when they switch identities or seem to space out for periods of time. Other symptoms of DID can include depression, mood swings, headache and time loss. When someone’s behavior and personality changes dramatically but they seem to have no knowledge of this happening then it could indicate dissociative identity disorder.

Although many mental illnesses lack a definite cause, dissociative identity disorder is one type of illness that is thought to develop due to specific environmental circumstances. In an overwhelming 97 percent of cases of DID, patients reported a history of abuse. Although the disorder can sometimes run in families, it has no known biological cause and is thought to be a result mainly of early childhood trauma.

Most patients with dissociative identity disorder have a personal history of recurring, overpowering, severe and often life-threatening traumas including physical or sexual abuse before the age of nine or extreme neglect and emotional abuse. People who experience dissociation often were raised by parents who were frightening and unpredictable. People who develop the disorder tend to have these experiences at an early age along with a stronger tendency to dissociate reflected in the fact that they are easily hypnotized.

If you are concerned that you or someone you love has been experiencing symptoms of dissociative identity disorder or any other type of dissociation then it might be time to get an assessment from a professional. Prior to making an appointment you can begin by taking a self-assessment test or asking your loved one to do a screening test online. This will give you a better idea of whether the symptoms could potentially indicate a disorder.

These types of test are by no means a diagnosis and they are not a true clinical exam but merely a way to determine if a serious assessment by a psychiatrist is necessary. If you score high for having a dissociative disorder on the test then you should seek a medical professional to help you get an evaluation and diagnosis. Once you receive a diagnosis you can then take the steps towards getting treatment for the disorder and reducing symptoms with psychotherapy.

Although DID is a very complex disorder with multiple symptoms, it is possible through treatment to help patients function better in their daily lives. As with many mental illnesses, the main component of treatment for dissociative identity disorder is psychotherapy with a licensed professional therapist who is specially trained for this type of illness.

Therapists often work with patients to help them become more comfortable with difficult emotions such as anxiety or painful memories so that they can decrease negative responses and be less likely to dissociate. They might use techniques such as dialectical or cognitive behavior therapy to increase mindfulness and soothe the patient so that they can confront emotional issues.

Although some therapists may try to “reintegrate” multiple personalities into one single identity, not all patients are willing to take this step. Therapists might instead focus on helping them increase control over their other personalities and create a more peaceful co-existence with their different identities.

The core of treatment for DID is through plenty of psychotherapy sessions, but medication may also be used in some cases to help minimize symptoms. Many people with dissociative identity disorder have co-occurring symptoms that go along with their condition 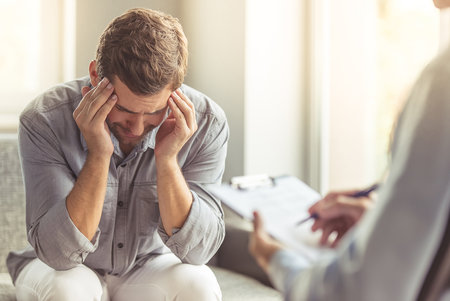 such as depression, anxiety, anger and impulse control problems.

These can be treated with various types of medication such as anti-depressants such citalopram or sertraline and anxiety medication such as Xanax and valium. For people with DID who have manic or violent behavior, depressants can be helpful in diminishing the hyperactivity of the brain and also prevent seizures which can sometimes occur with the disorder.

Issues with anger and impulse control can be minimized with anti-psychotic medication which can help tranquilize and stabilize the mood. While medication can help reduce some of these co-occurring symptoms, these should only be supplemental to co-occurring disorder treatment that is mainly focused on therapy.

Because it is such a difficult disorder to live with, it is often helpful for people to enter residential treatment for dissociative disorder for a period of time. Living in a treatment facility allows them to receive 24 hour care from a team of professionals that are specially trained to understand people with DID. Treatment centers usually focus on treating patients holistically so that every aspect of their mental and physical health will improve as they stay in the facility.

Each patient will have a treatment plan that caters to their individual needs and offers specific behavioral therapies that are designed to improve the symptoms of DID. Many treatment programs offer alternative types of treatment that can ease stress and provide therapeutic benefits. The amount of time spent in the treatment center can depend on each individual case but a period of a few months will allow them time to understand their disorder and learn how to handle the symptoms.

The Identities of Dissociative Personality Disorder

Even though treatment can help ease some of their suffering, not all patients with DID will be able to rid themselves of their alternate identities. Many of them have been dissociating since a very young age and their other personalities have helped them escape and cope with severe physical and mental abuse.

Their alternate identities are a type of survival tactic or defense mechanism that makes it easier for them to deal with very painful experiences. For example, many people with DID will develop a personality that is tough and strong or willing to fight back in a way that the individual is not able to do. In fact, a legendary pro football star named Herschel Walker has openly discussed his own experiences with DID and certain personalities that he developed which made him stronger and more competitive after being bullied as a child.

Since it may not always be possible to integrate each of a patient’s different personalities back into one single identity, recovery focuses more on overall mental well-being. There is often one or more personalities within an individual that are dealing with the bulk of their pain and anger at being abused as children.

Reaching these specific personalities during therapy and helping them deal with their emotions can relieve some of the suffering that they are burdened with. Some patients may choose not to integrate their personalities and instead want to improve harmony among their different identities.

For those that would like to integrate, therapists can help them recognize each personality as a fractured part of themselves that should be embraced rather than eliminated. Integration often means dissolving the barrier between different states so that patients can come to terms with different parts of their identity.

Even though DID is a disorder that can cause a lot of personal problems, with treatment and therapy people can still live very normal lives. Those living with dissociative identity disorder can still perform jobs with high level responsibilities and contribute to society in a number of different professional environments. They can also have very functional and fulfilling relationships with others including spouses or partners.

When people with DID learn how to handle their feelings of stress, depression and anxiety they can minimize their dissociation and take more control of their lives to feel healthier and more productive. Therapy can help people cope with their different identities by making them all aware of one another so that they can exist together and work cooperatively. With healing and therapy, DID does not mean having to hide from society due to your condition.

You can work and live a normal life without fear or shame after completing treatment for DID.