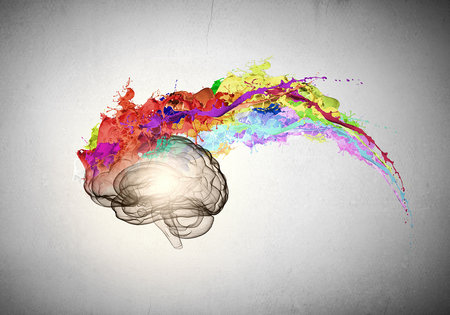 Norco Detox – Drug companies have produced many options for people with chronic pain to be able to deal with the pain and continue with their lives in the midst of a healing process. This is undoubtedly a good thing, but it also creates dangers. Painkillers that contain opioids can have a very high risk of dependency, where a user becomes unable to function without the drug, and are at a high danger of death or serious health problems from an overdose. Today we discuss about Norco Addiction and Norco Side Effects here.

Norco is a drug that contains both hydrocodone, a narcotic, opioid painkiller and acetaminophen (Tylenol) , a more mild pain reliever that can increase the narcotic’s effectiveness. When used under strict instructions of a healthcare professional monitoring use, it can be very effective to treat moderate to moderately severe pain, but still carries a risk of becoming habit-forming. However, when taken recreationally, it can be very dangerous. The concern for norco abuse and addiction is the primary reason that, in 2014, the Drug Enforcement Administration (DEA) increased control for Norco from Schedule III to Schedule II, meaning drugs with a recognized medical purpose, but a high potential for abuse and dependence.

Norco Side Effects on the Brain:

A functioning brain has “opioid receptors” that cause the brain to release endorphins, chemicals produced naturally in the body. Endorphins make pain less severe and help you feel happy and relaxed. Norco addiction works by producing synthetic “endorphins” when you need an extra boost to dull more severe physical pain. Eventually, your brain will get used to receiving endorphins from the outside source, and stop producing them naturally. This means the user will have to start taking more and more of a drug in order to have the same feelings, because without it feels impossible to have any good feelings at all. The person addicted has to keep taking more and more in order to get the same effects, or even just to feel “normal.”

Dangers of Abuse: Some people may falsely assume that a drug made in a lab and prescribed by a doctor is safe compared with an illicit street drug. However, if misused, or taken outside of medical supervision, there can be serious dangers. An overdose can result in serious, permanent brain damage and even death.

Because it exhausts and then depletes the body’s natural reception of endorphins, Norco misuse can have serious psychological side effects, including:

There are also some serious Norco side effects to physical health, that become more likely and more severe the more of the drug is taken:

Warning Signs: Misuse and dependency of Norco can be very dangerous, which is why it should never be taken without the strict instructions of a doctor.

However, even if Norco is being used as part of a health care and pain relief agenda, there is still the danger of developing dependency. If you are a Norco user, watch out for these signs suggesting your behavior is abusive or addictive:

Although not an easy process, recovery from Norco addiction is possible. Addiction has both a physical and a mental element, and so your recovery will deal with both of these aspects.

Physical healing and recovery comes first, through the detox process. Before doing anything else, it’s necessary to have a long enough period of sobriety that the drugs are flushed from your system, so the body can do the work of repairing itself. Withdrawl from Norco addiction can be a painful and sometimes even dangerous process, so it is highly recommended that you seek out a rehab center rather than attempting detox on your own. There will be some unpleasant norco side-effects to withdraw, for a period of time that will vary based on the intensity of the addiction. However, in the end, you will be able to finally start living a life of freedom again.

After Norco detox comes the life-long work of recovery, to address the causes of addictive behavior and stop the cycle of abuse and dependency. Through group and individual therapy, you will learn how to gain a new perspective on life, and start over from a place of caring for yourself.