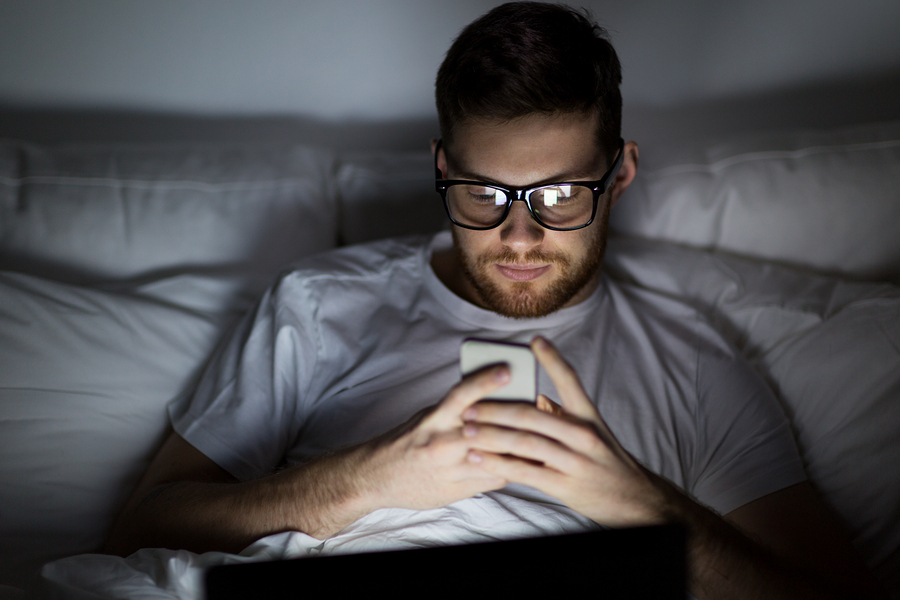 Addiction is an issue that is usually characterized by compulsive behavior and it can occur in many different patterns from drug abuse to gambling and even shopping addiction. But more recently, people working in addiction treatment are beginning to see these issues develop more often on the internet. The types of symptoms most often associated with drug abuse can occur with internet addiction.

People who exhibit symptoms of internet addiction are often more vulnerable because they also have problems with depression and anxiety. As is usually the case with substance abuse they may use the internet as a way to ease their emotional symptoms. People with internet addiction may become consumed by their obsession and will be physically unable to stop checking their phone or using their computer.

Initially there was some debate in the field of mental health as to whether internet addiction was a “real thing”. However it has been gaining ground especially due to numerous cases of compulsive internet use which can at times become debilitating. Although it has not yet been officially recognized as a disorder in the DSM, mental health counselors are working to help patients cope with their issues with internet addiction.

In spite of its unofficial status, the amount of people being treated for their internet problems continues to increase. Some studies suggest that internet addiction may affect up to 38% of the general population in the U.S. and Europe. Numbers vary due to differing research methods and a lack of standardized criteria for the disorder but there is a substantial number of people affected in most western areas.

Lack of standardization has negatively affected the ability to study this disorder and determine its true impact. It has been generally accepted that internet addiction is a subset of technology addiction in general which can include issues such as video game addiction, television addiction and other types of media. However in the digital age, internet addiction has quickly become the most prevalent of these types of addictions.

As with any addiction, compulsive use of the internet often leads to negative consequences in a person’s life. When someone uses the internet to the point where they cannot stop themselves in spite of its effect on their health, relationships or financial situation then it can be considered an addiction. There are a number of different symptoms in terms of the emotional and physical manifestations of the disorder including:

-dishonesty about internet use

-euphoria when using the computer

-avoidance of work and procrastination when using the internet

-agitation and other mood swings

Physically a person with internet addiction have symptoms of poor health as a result of their excessive computer use such as:

When someone uses the internet so obsessively that they begin to harm their own physical and mental health then it is time for them to seek professional care. What can make treatment for internet addiction difficult is that most people use their internet or smartphone for many of their personal needs. It becomes hard to avoid the internet when it has become such an ever-present part of modern life.

Even though the average person checks the internet daily and may use it often to connect with other people they do not necessarily have an addiction. Internet addiction can happen in a few different categories since the internet can encompass a lot of different things. Addiction can come in the form of online gaming, social networking, email, blogging, online shopping and inappropriate use of online pornography.

Addiction to certain aspects of the internet are not necessarily due to the amount of time spent in these activities but rather how they are used. When internet use becomes risky or causes social impairments and otherwise interferes with normal life then it can be considered an addiction. People with internet addiction often become dependent on their internet use and find it difficult or painful to stop.

Researchers theorize that internet addiction is caused by the same type of issues that can cause other addictions such as substance abuse. Like other addictions it can affect the pleasure center of your brain and release dopamine, the feel good chemical. People feel they experience certain rewards in their internet use and become dependent on the pleasurable feelings that they get when spending time online.

In order to treat internet addiction, patients must seek a therapist and a support group where they can learn to minimize their internet habits. It can be difficult and nearly impossible to completely abstain from using the internet. With treatment addicts, can start to use the internet for necessities only and learn to control their compulsive behavior.